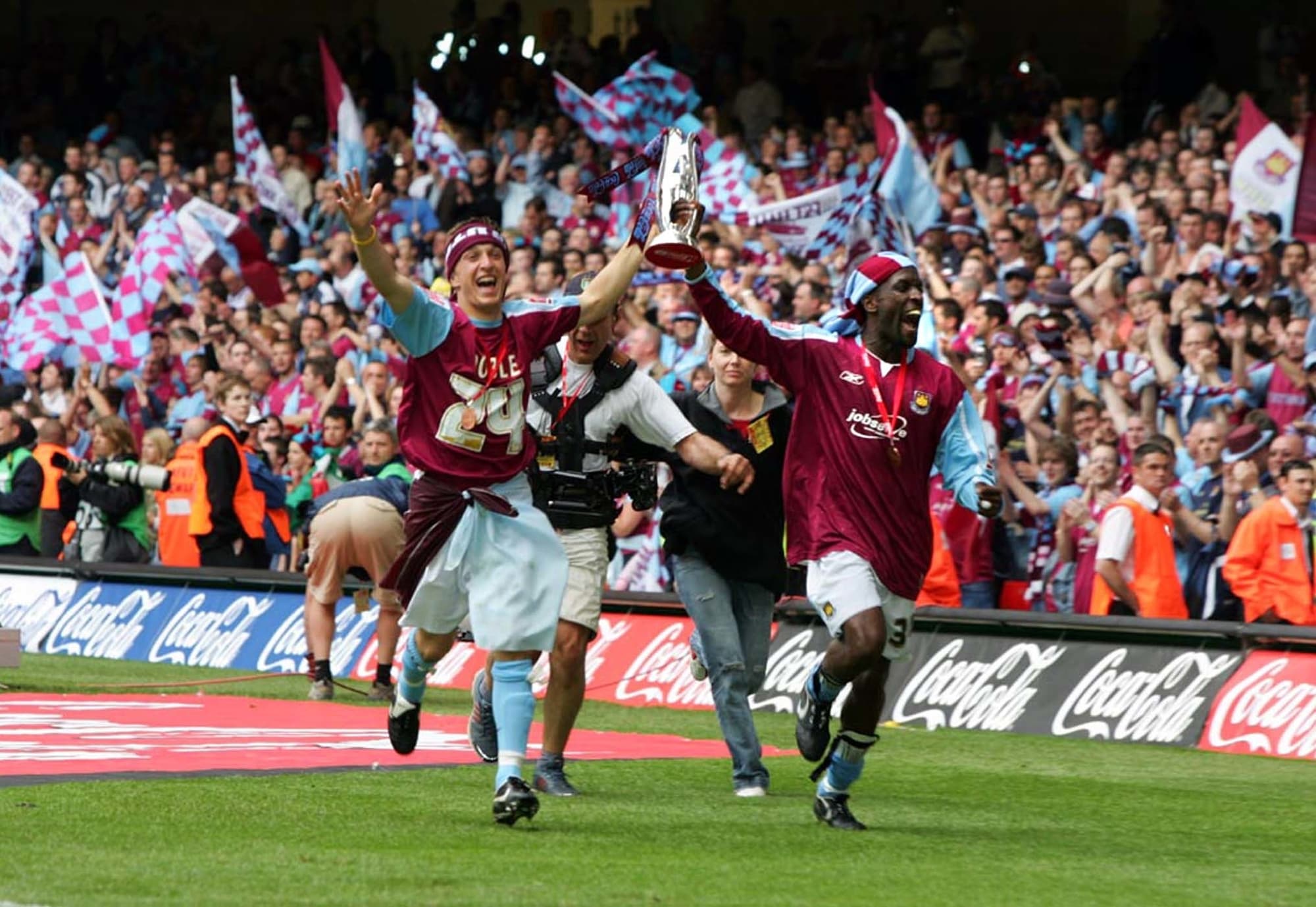 The new millennium dawned with West Ham United established as a Premier League club under manager Harry Redknapp, offering little warning of yet another rollercoaster decade in east London.

In summer 2001, following a 15th-place finish, Redknapp departed after seven years in charge, to be replaced by youth-team manager and former Watford boss Glenn Roeder.

An early-season injury crisis and heavy defeats saw Roeder put under immediate pressure, but the Hammers responded with a late-season revival to finish seventh.

Unfortunately, the next season, 2002/03, was to prove a difficult one for both Roeder and his squad. Inconsistent form meant the Hammers were struggling at the foot of the table all year long, never climbing above 14th in the table, and they would ultimately be relegated with a record-high points tally of 42.

Pardew rebuilt the side with the signings of young midfielder Nigel Reo-Coker, who he later appointed captain, and strikers Marlon Harewood and Brian Deane. The result was a place in the Division One Play-Off final at Cardiff’s Millennium Stadium, but Pardew’s former club Crystal Palace came back to haunt him as the Eagles won 1-0.

The following season, 2004/05, Harewood and veteran Teddy Sheringham combined to score 43 goals, but it was a solitary strike from Bobby Zamora that sent West Ham up courtesy of a 1-0 win over Preston North End in the Play-Off final.

Back in the Premier League, West Ham kicked on and finished ninth in 2005/06, with new signings such as Yossi Benayoun, Danny Gabbidon, Paul Konchesky and, in January 2006, Dean Ashton helping the Hammers to make their mark in the top flight.

However, it was in the FA Cup that West Ham made the biggest headlines, defeating Norwich City, Blackburn Rovers, Bolton Wanderers, Manchester City and Middlesbrough to set up a third consecutive trip to Cardiff, where they would face Liverpool.

A thrilling final ended 3-3, with only Steven Gerrard’s added-time stunner denying the Hammers a fourth FA Cup triumph. With no replay, the tie went to a penalty shootout, which the Reds won 3-1, but Pardew’s men had more than played their part.

The 2006/07 season was, if anything, even more dramatic. The was initial optimism as the Club signed Argentina internationals Carlos Tevez and Javier Mascherano, but a horrible run and a takeover by Icelandic businessmen saw Pardew depart in December 2006.

His replacement was former West Ham player Alan Curbishley, who recovered from a tough start to lead his side to an improbable ‘Great Escape’, with Tevez, Zamora, goalkeeper Robert Green and young midfielder Mark Noble to the fore.

The long-time Charlton Athletic boss secured an uneventful tenth-place finish in 2007/08, before leaving his post in September 2008.

Gianfranco Zola became the Hammers’ first non-British manager, preaching a stylish brand of football that was initially successful, as West Ham ended 2008/09 in ninth position, due in part to the goals scored by his former Chelsea team-mate Carlton Cole.

The next season proved more troublesome for the Italian, however, and West Ham ended the millennium just one place above the relegation zone.

Another eventful decade had drawn to a close, and a new one was about to begin…