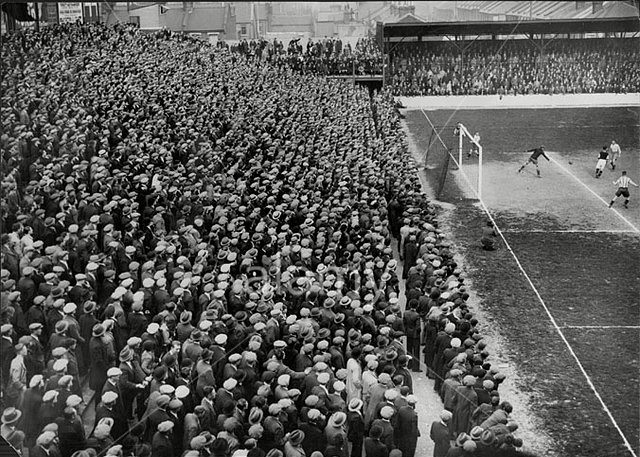 The 1930s made for yet another eventful decade for West Ham United.

A change in management, relegation to Division Two and an FA Cup semi-final defeat all made for an ultimately frustrating time for the Hammers.

After finishing the 1929/30 season in seventh place in the top flight, West Ham plummeted to 18th the following year before being relegated in 22nd and last position in 1931/32.

In November 1932, West Ham parted company with their long-serving first full-time manager, Syd King, who had joined the Club when it was still named Thames Ironworks in 1899. King was appointed as Club secretary – although his role saw him manage the team – in 1902 and guided the Hammers into the Football League in 1919.

In 1923, King had led West Ham to Division One and an FA Cup final, but a run of seven straight defeats at the end of the 1931/32 campaign, followed by a poor start to the following season in Division Two, saw him depart. He died in tragic circumstances just a few months later at the age of 59.

King’s replacement was Charlie Paynter, the long-time first-team trainer who would remain as the Club’s manager until 1950.

Paynter’s first season in charge, 1932/33, saw West Ham continue to struggle in the league, with the team stumbling to a record-low finish of 20th in Division Two. On a brighter note, the Hammers did reach the FA Cup semi-finals for a second time, only to be defeated by Everton at Wolverhampton Wanderers’ Molineux ground.

With the likes of long-serving forwards Vic Watson and Jimmy Ruffell still present, the new manager brought in the likes of inside left Len Goulden, prolific forward Dave Mangnall and inside right Stan Foxall to try and turn the Hammers’ fortunes around.

While the new recruits did not achieve promotion back to Division One, they did help West Ham to stabilise in the second tier, finishing as high as third in 1934/35.

West Ham were therefore still in the Second Division when the onset of the Second World War caused the Football League to cease competition early in the 1939/40 season.