West Ham United are pleased to confirm the appointment of Kenny Brown as the Academy of Football’s Assistant Head of Coaching (U9s to U14s).

The former Hammers defender joins from Millwall, where he served as Head of Coaching for just under six years.

Prior to his lengthy spell with the Lions, UEFA Pro Licence holder Brown also served as Academy Manager at Dagenham & Redbridge for just under three years.

Brown will now work to manage the implementation and development of the U9s’ to U14s’ coaching programme, assisting Academy coaches in performing to the best of their potential and thus maximising the potential of the players in their corresponding age groups.

“I was very proud to represent the Club as a player, and to have the opportunity to do so as a staff member – within the Academy as well, where you can see the excellent work that’s being done – is a big honour for me.

“There are exceptional people here with a real work ethic, but there’s also a real bounce around the Club and Academy.

“Hopefully I can put the faith the Club have shown in me to good work. I’m thoroughly looking forward to the challenge.”

Academy Manager Ricky Martin added: “I am absolutely delighted to welcome Kenny on board at West Ham in the newly-created position of Assistant Head of Coaching (U9s to U14s).

“Kenny joins us having already fulfilled a similar position at Millwall, and possesses great experience in both youth and senior roles within football.

“We’re really excited about him coming to work within the Academy alongside Kalam Mooniaruck, as we have now restructured the Head of Coaching position with Kenny and Kalam working together in this area.

“Kenny also joins up with a number of our former players, notably [U23s lead coach] Mark Robson, [U23s assistant coach] Steve Potts and [U18s lead coach] Kevin Keen. The four of them played in our promotion-winning season of 1992/93.

“This reinforces the culture that we’re creating at the Academy and the connection with some of our former players, who know and can pass on the West Ham Way.” 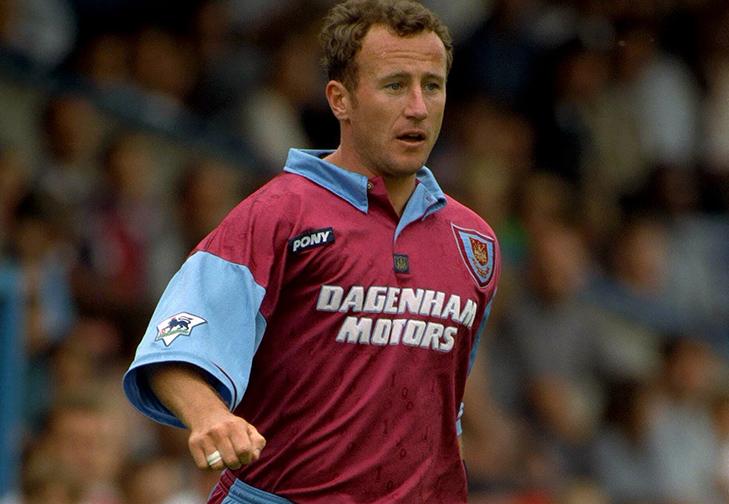 Barking-born, Brown possesses significant coaching experience as a first-team manager at Barry Town, CD Jávea and Tooting & Mitcham United; as assistant and caretaker manager at Chelmsford City; and as a first-team coach at Barnet FC.

Son of fellow fans’ favourite Ken, who won 1958 Second Division title, 1964 FA Cup and 1965 European Cup Winners' Cup as a player, former defender Brown also made 79 appearances during a five-year playing career in Claret and Blue in the 1990s, famously scoring a match-clinching volley in a 1-0 win over Manchester United in April 1992.

Everyone at West Ham United and the Academy of Football would like to welcome Kenny back to the Club and wish him every success in his new role.

Kenny Brown on his return to West Ham United

U18s make it five in a row with win at Fulham